I’m posting a few of my pleinair sketches from the last few weeks. Our sketching group adjourned over the winter months as the weather is usually cold, wet and windy, but now that spring is here we are back to meeting up weekly.

Early September we had a bit of rare sunshine and the group took the opportunity to meet at the local port. I chose a spot on some steps in the sun, out of the cold wind and this was my view. There were much better viewpoints but I’m too much of a wimp to brave the elements. I was going to do a bit more on this sketch later but I decided to leave it as it is. 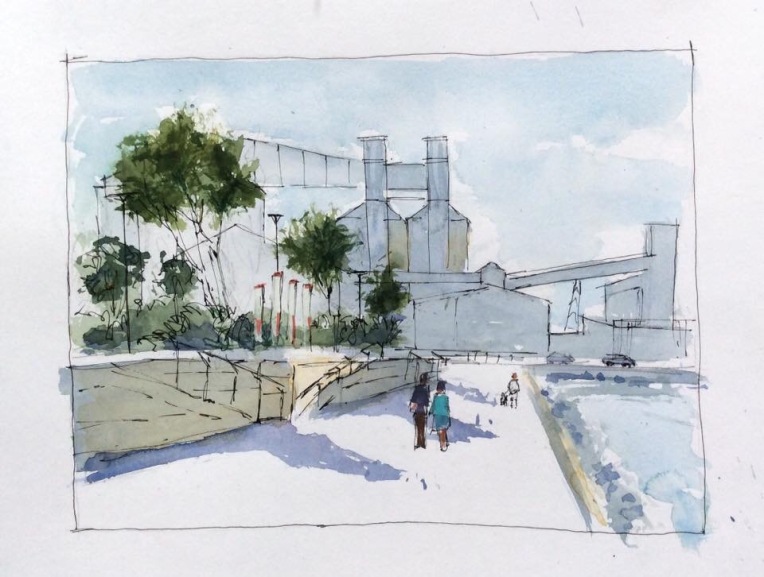 Then the clouds came over and the rain returned so we adjourned to the nearby tavern and continued sketching. This was a sketch looking out the other way, done directly with my waterbrush. I should do this more often as I think the result looks fresher than a laboured ink sketch. 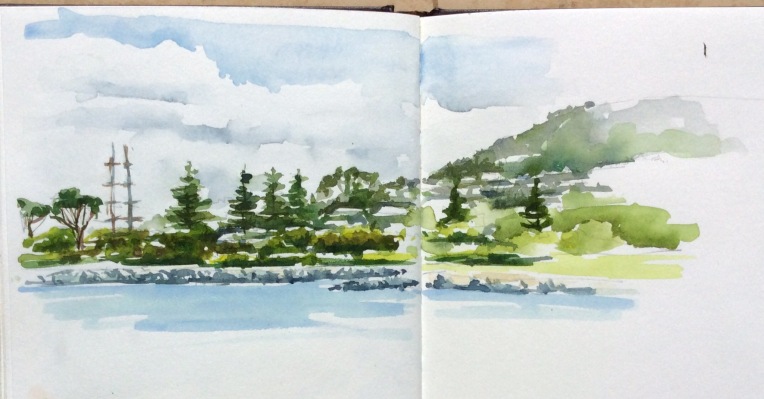 A week later the circus came to town. It’s always fun to sketch the tent shapes, but unfortunately there was not a lot of activity on the side we were allowed to sketch. 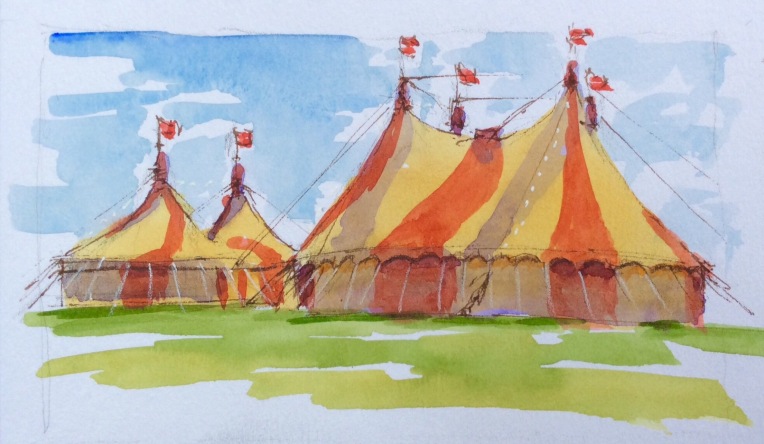 The following week only two of us braved the weather to sketch at a spot along one of the rivers. We were lucky to have 20 minutes to get a quick sketch before the weather changed, and we adjourned once again to a nearby tavern to add the colour.  Most of this one was painted with a rough bristle brush, fun to use as you can’t get too precious with brush strokes. I added a little brown ink and white gouache to make a bit of sense of the rough blobs. 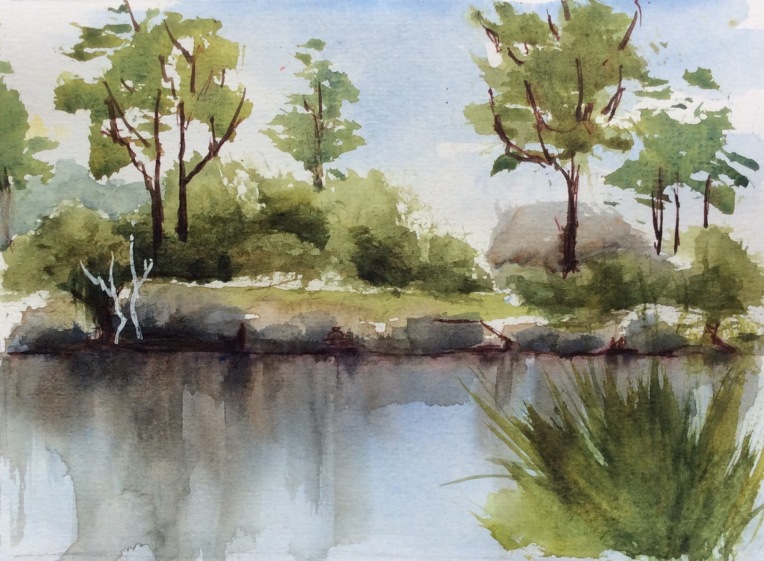 The next sketches were done at a local garden centre, a great place to visit with wonderful garden settings and an array of landscape paraphernalia. 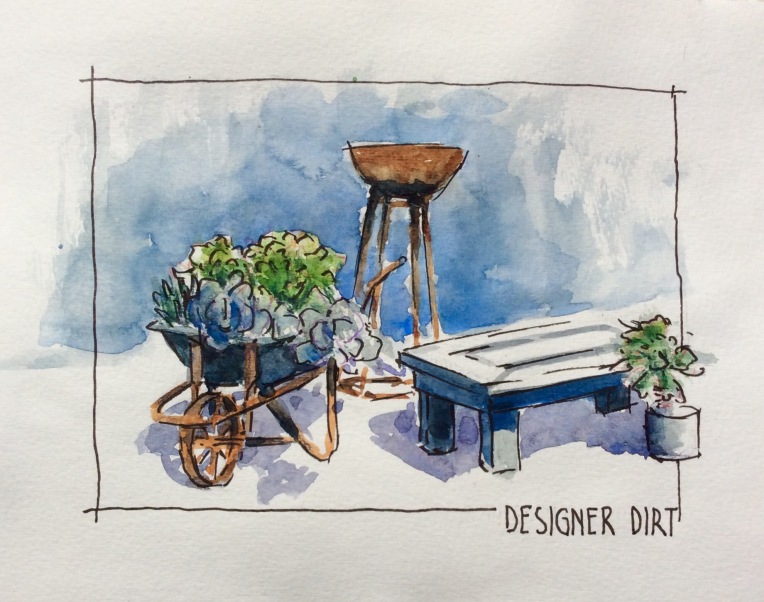 I sketched the old wagon with a fountain pen at the garden centre and added colour and the darks with a brush pen later at home. 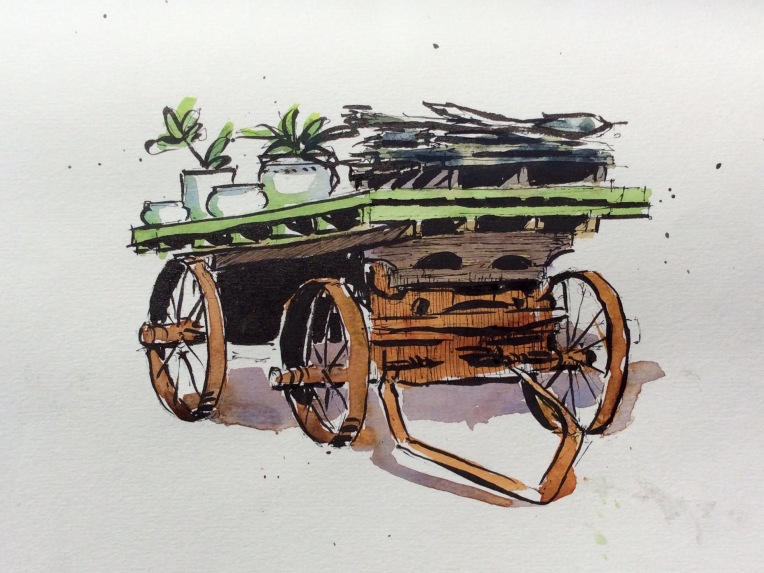 This last sketch was at the garden of one of our group. I sketched directly with gouache while I was there, but added a bit of watercolour pencil and fiddled a bit more with the gouache at home. I probably should have stopped sooner but that’s another lesson learnt. 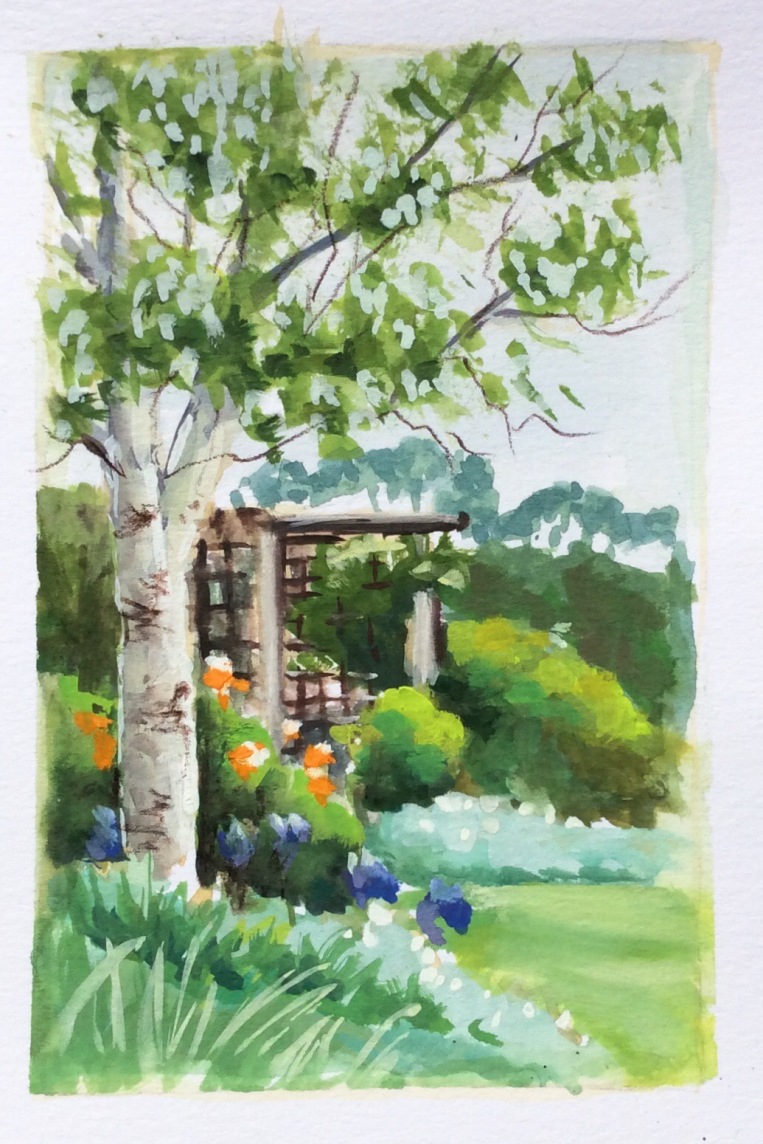 Meanwhile, I’m still doing Inktober and I’ll post all those sketches in the next update.